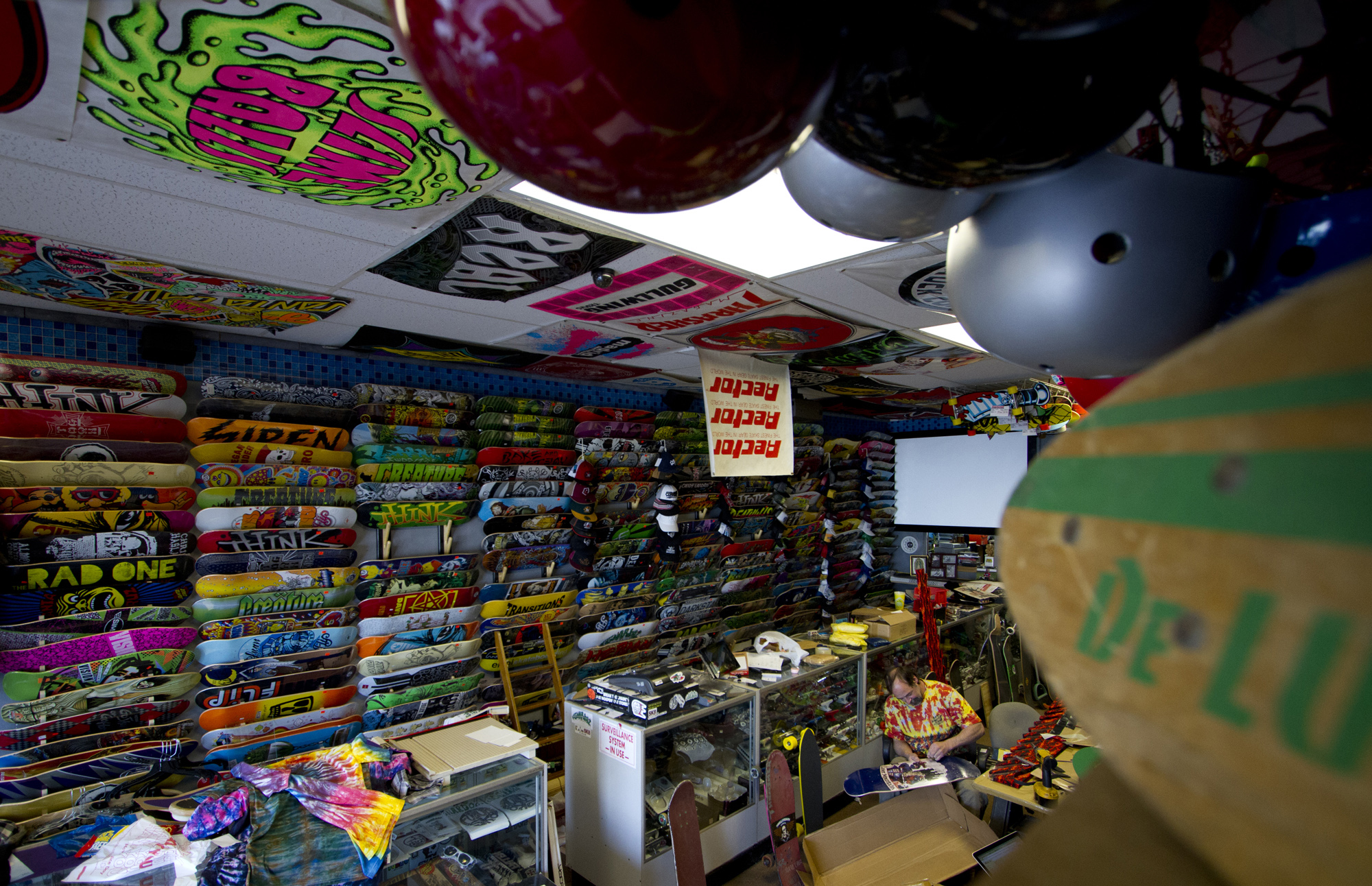 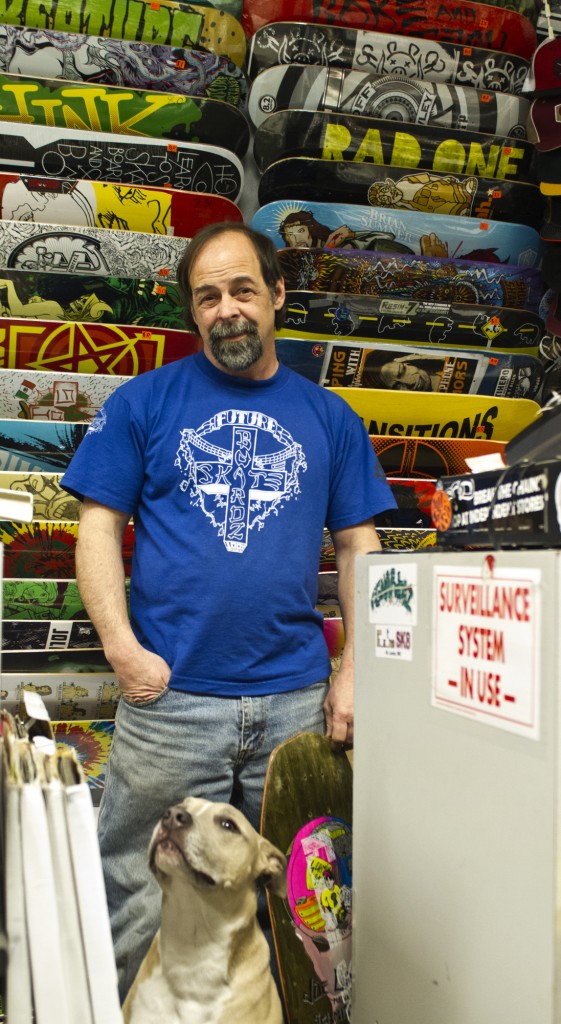 Future Sk8 owner, Don Earley stands in front of his board display with his dog Shasta. Early has built skateboarding from the bottom up, working for the major skate companies Splash, Santa Cruz, and Thrasher. In 1985 Earley opened his first shop, Future Sk8, only to expand and establish two more in surronding areas the following year. Earley closed in 1995 and then opened his current shop in 2010. 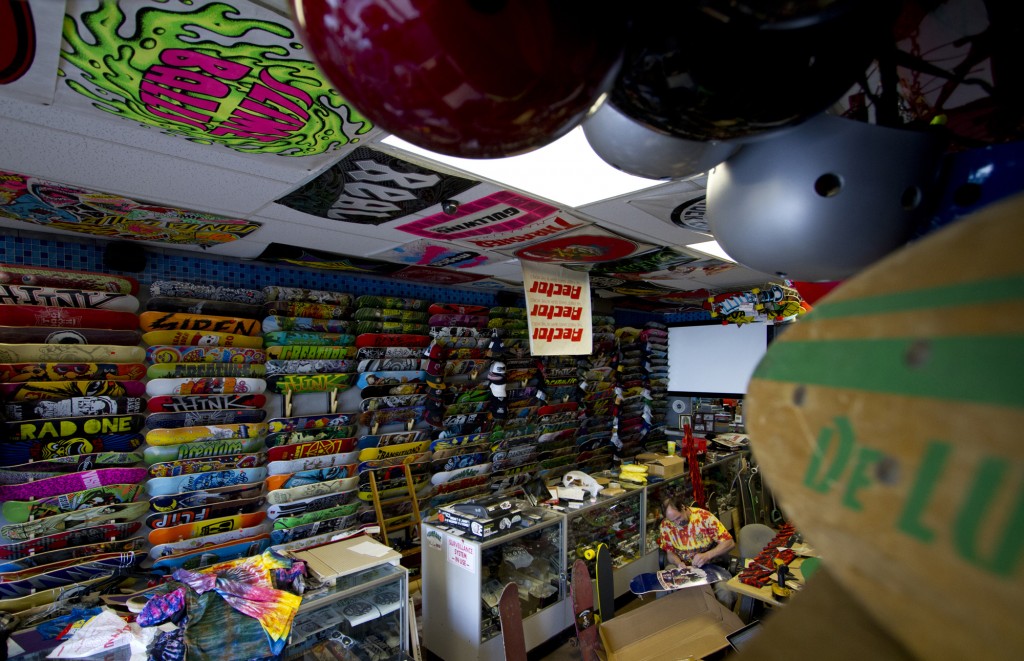 Shop owner Don Earley prepares a Lance Mountain skateboard deck to be shipped out for customer out of state. Earley cut down a previously used box to custom fit the skateboard that has been wrapped in plastic then seals the package with a layer of packaging tape. “No one out here likes Lance Mountain out here, this board has sat in my shop for over a year and a half. I’ve only sold two Lance Mountain boards since I have opened this shop. So if I can’t sell them here I can at least sell them to someone who wants them,” Earley said. 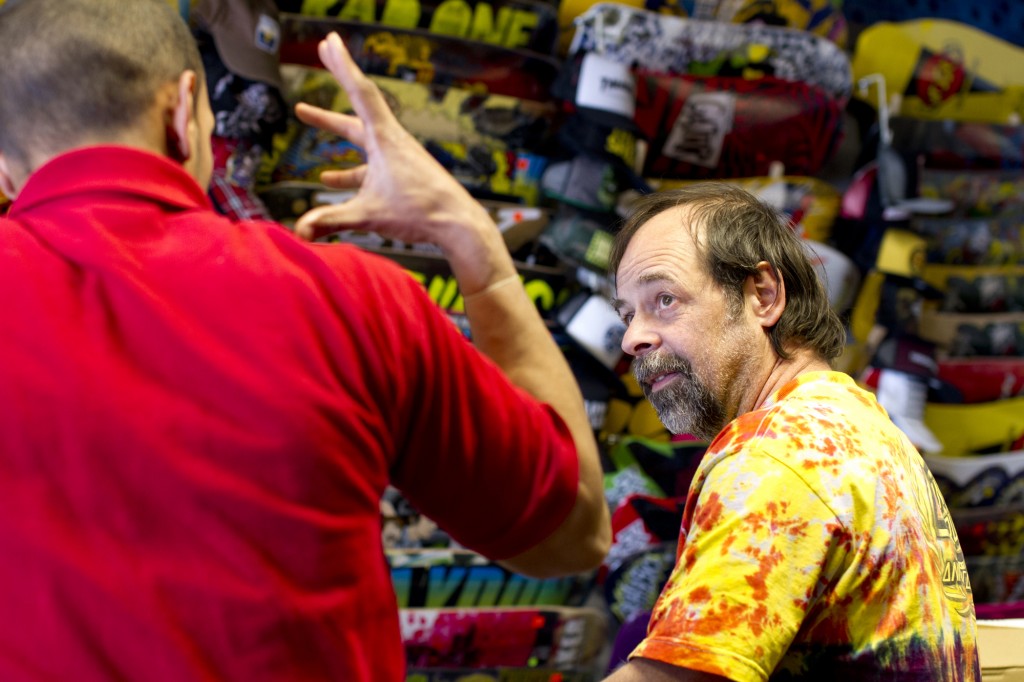 Don Earley, owner of local skate shop Future Sk8, talks about common interests with a local civilian as they share their passion about Pit Bulls. Earley’s pitbull, Shasta, lays by the front door of the shop and caught the attention of the passer-by as he was on his way to the store next door. 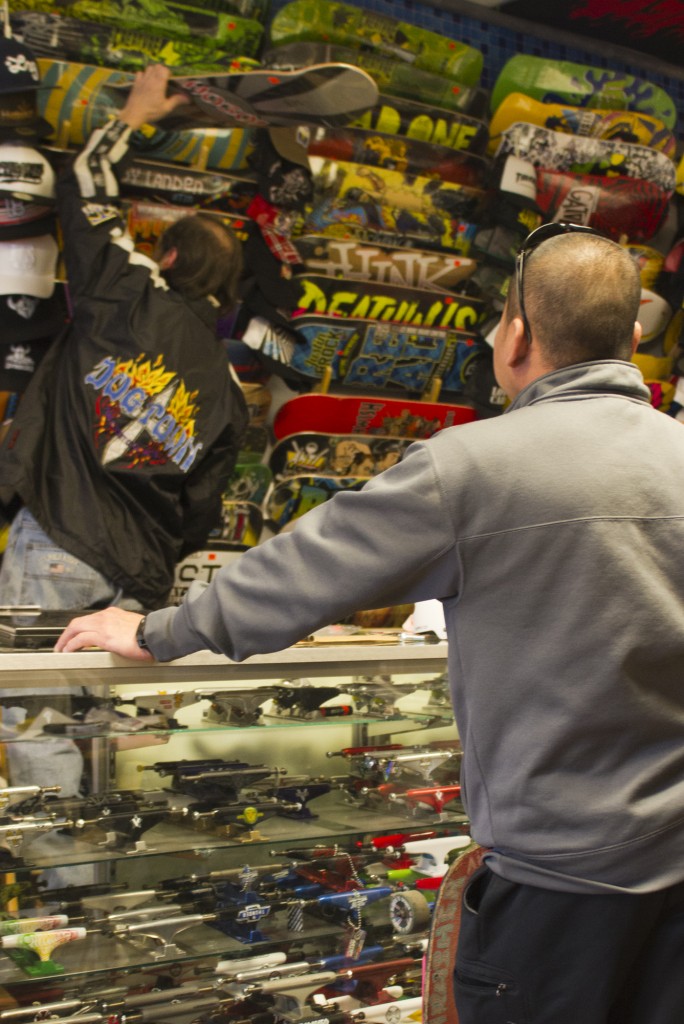 Don Earley grabs an old school reissue Hosoi skateboard deck for local skater Christian Lo. Lo has been a long time friend of Don and skated for Don and his shop in the late ‘80’s to the early ‘90’s. “When I closed my shop back in the day he faded out. We went years without seeing each other. Then when I opened my shop up here, one day he came out and said hey,” Earley said. 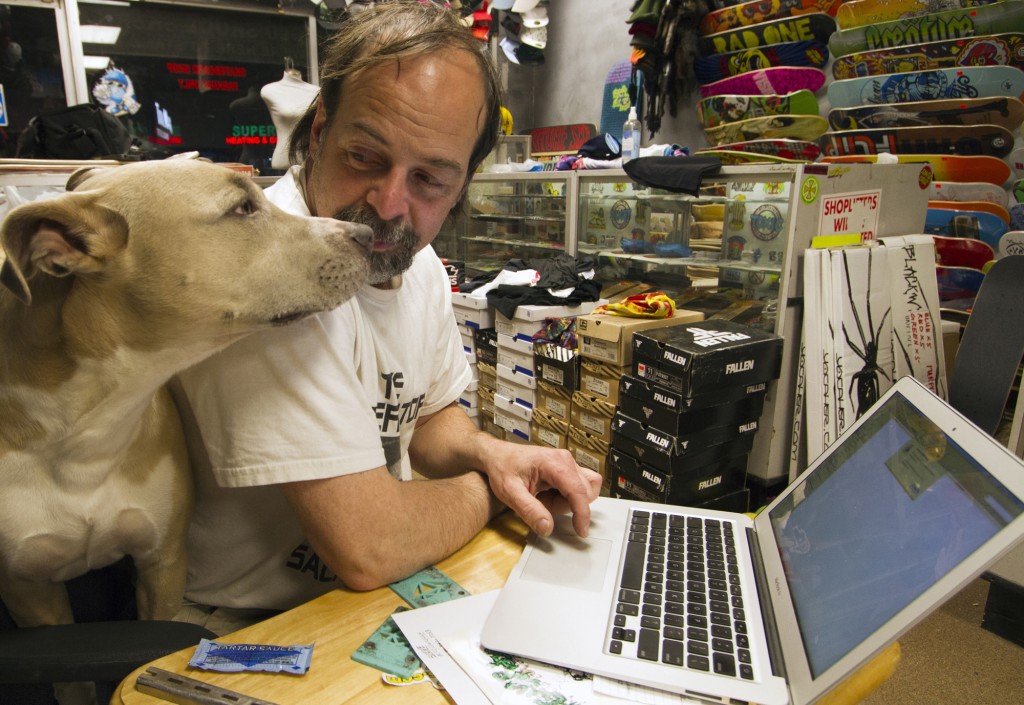 Once he has closed for the night, Don Earley works on his numerous other side projects at his shop. While fixing a laptop for a close friend of his, Shasta, a mix breed rescue pitbull sat with her owner. Shasta spends most of her days at the shop with Don. “My other pits are 13 and 15; it would be too chaotic with three dogs in here and no one would come in. Shasta is still young and the kids love playing with her. I want to open up the awareness on how pitbulls are nice dogs. I had my old dog named Thrasher at my shop in the 80’s; it brings back old school memories,” Earley said.