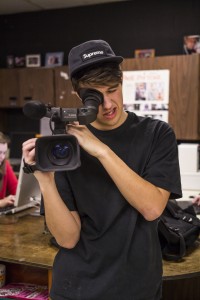 “Hi I’m Zack Eaton, and I sell stuff,” but first a brief introduction.

Zack Eaton was first discovered as the self proclaimed entrepreneur, as seen in “Meet Zack Eaton, He Sells Stuff” covered by FHNtoday in 2011. Since then Eaton has sold more than 10 cellphones, 4 laptops, 6 game systems, as well as numerous other items.
Now most recently the young gun has picked up the new trend of (re)selling streetwear apparel. Brands like Supreme, The Hundreds, Raised By Wolves, and Huf to name a few; these companies will release a particular piece of clothing that is either very limited in stock or worn by an iconic celebrity. From there it’s Zack’s goal to “cop” pieces as they come out; some release dates are set, while others are spontaneous.
The teenage high roller is a trusted member of several subreddits, as well as most Facebook groups dedicated to streetwear. Over time he has shipped to Australia, China, Norway, Canada, as well as the majority of states in America.

.. So that basically sums up who I am, but in case you are itching for more.
I am Editor-in-Chief of FHNtoday.com & FHNtodayTV.

And lastly I am on the internet; tweeter, blogger, writer, composer, designer, photographer.